Their victory in the third and final instalment of the autumn series grants the Bassadone team, and the monotype ‘Peninsula’, a very solid victory

Alongside ‘Peninsula’, ‘Alcaidesa Marina’ and ‘GVS Varaderos del Sur’ make up the final podium of the year in the waters of La Línea de la Concepción 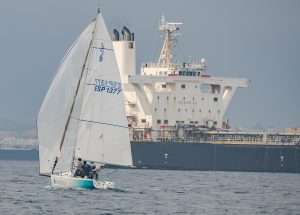 The Autumn Series of the Alcaidesa Marina Circuit concluded this weekend with the completion of the third and final instalment, which consisted of six races. On Saturday, three races were held in southerly winds of 6-8 knots, and on Sunday, the remaining three races were held in a levante wind of up to 15 knots in the regattas area of La Línea de la Concepción. Today was a formality for John Bassadone’s ‘Peninsula’, which was already within reach of victory coming into this last round. They had already achieved three partial victories on Saturday, and they added another today with a second and a third-place finish.

With that, the crew of the boat, which sails under the Royal Gibraltar Yacht Club flag, succeeded in taking the autumn title again by keeping one step ahead of their rivals, who nevertheless pushed them right to the end. The crew that picked up the title was formed by Bassadone, Oliver Góngora, Mané Carlier, and Talo Pérez de Guzmán on Saturday, with German Panei taking part today. They were all delighted with the hard-won victory, which came down to their consistency in the face of their rivals, who never made it easy for them. 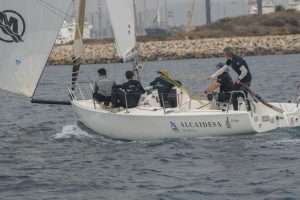 On this second day, the other two points were awarded to Nacho Cifuentes’ ‘GVS Varaderos del Sur’ captained by Rafael Díaz, and Horacio Cardarelli’s ‘Tacuarita‘ led this time by the Olympic and Argentine world champion Facundo Olezza. Up-and-coming local talent, Kike Diaz, was in charge of the bow, “It’s an incredible opportunity to be part of this fleet, I am learning a lot, race after race”.

After a total of 17 events in the general circuit, second place, after ‘Peninsula’, went to ‘Alcaidesa Marina’, owned by the director of the Marina Sports Port, Tony Valbuena, who had the help of world champion Robín Imaz and Mikel Pasabant in his crew. Third place went to ‘GVS Varaderos del Sur’ (CN Bevelle/RCN La Línea) crewed by Javier Madrid and Marcos Belizón along with Cifuentes and Díaz. 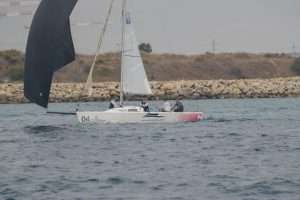 This concludes the autumn series of a circuit that was, once again, marked by high standards and fine margins between the teams, resulting in competitive races full of excitement. Now we look forward to putting the final touches in place and signing up participants for the winter circuit in the new year.